Searching for a Firm Foundation
BY: Kathy Faas 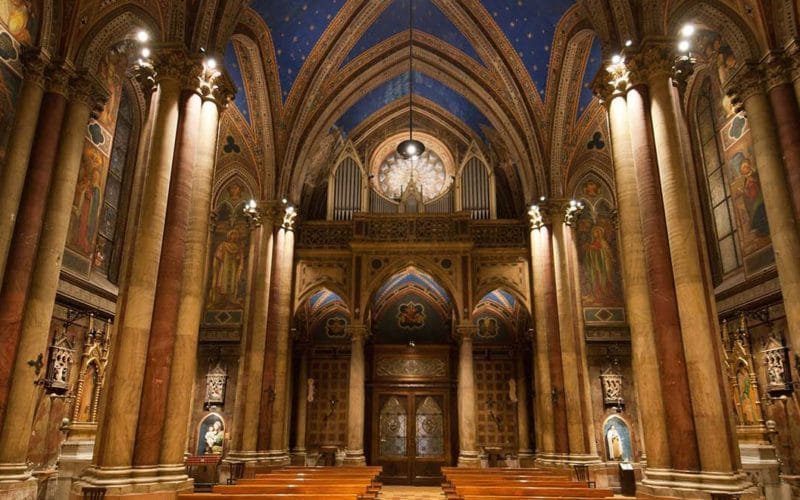 I was born July 11, 1954, the first of seven children. One week later, I was baptized into the Catholic Church. From second through tenth grades, I attended Catholic schools, receiving the Sacraments of Penance, Communion, and Confirmation along the way.

I am grateful for my years of Catholic schooling, and I appreciate the sacrifices my parents made to send their children to Catholic schools for as long as they could. In addition to a love for academic learning and study, I acquired a great love for the Church during those years. That love for the true Faith never really left me, even during my long years of wandering far from the Church. Being taught from childhood the truths of the Faith, receiving the sacraments, learning about holiness through the lives of the saints — these things contributed to my long- term desire to know more of God.

Although our family was not “churchy,” we did say grace before meals and went to Mass every Sunday. I don’t recall that we ever read the Bible or prayed the Rosary together at home, but our lives to some degree revolved around church and school, and there was a general synergy between what I was learning in the classroom and experi- encing in church, between what was being taught about virtue and holiness and what I was observing in the lives of the priests and nuns. What I experienced in real life, at Mass, and through the sacraments built on, rather than contradicted, what we were learning at school and what our parents were trying to teach us at home.

There was even a time during junior high school that I thought I wanted to become a nun. I read up on all the different religious orders and sent away for information from many of them. After reading the autobiography of Thérèse of Lisieux, I was definitely leaning toward the Carmelites.

After junior high, I attended two years of Catholic high school, where the teachers were all lay folk. That was fine, but gone were the angelic beings walking around in their full nun’s habits. There was still quite a bit of discipline, though, and the academic standards were high.

One significant event from my two years of Catholic high school was a week during which normal classes were suspended and workshops on a variety of subjects were offered. One that I attended was given by a representative from the Association for Research and Enlightenment (ARE), otherwise known as the Edgar Cayce Institute. Although I had never heard of Edgar Cayce or the ARE, I was very interested in the subject matter of the talk: meditation. Having been exposed to many of the great Catholic saints and mystics, I definitely wanted to learn more about growing closer to God through meditation.

Posted by Kathy Faas on January 9th, 2020
Comments Off on Searching for a Firm Foundation
Find more in Conversion & Testimony

SIGN UP FOR AVE MARIA RADIO IN YOUR INBOX!